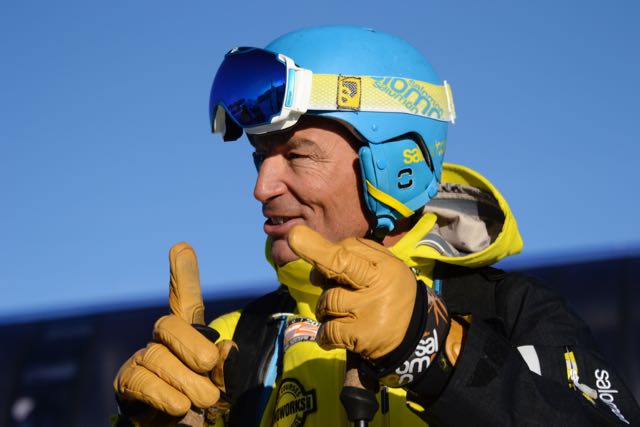 100,000’s of skiers are stuck on what has become commonly known as ‘The Intermediate Plateau’. Why?

100,000’s of skiers feel nervous, intimidated, worried and fail to make the most out of their skiing. Why?

These are just some of the questions we plan to answer in our series of Ski Webinars which will be launched this October 20th. A series of 12 webinars spread over 6 weeks leading up to the winter season.

Phil Smith, director of Snoworks Ski Courses will be presenting 12 webinars which will help you understand the reasons why you, your family members, friends, colleagues or your own pupils if you are an instructor or coach may be struggling to reach their full potential.

With over 40 years of ski teaching behind me, curious to learn more, at the age of 30 I undertook a full time Diploma in Sports Coaching  where my eyes and mind were opened. The course, one of the first of its kind in sports coaching was aimed at developing coaches for elite athletes. The course gave me an unbelievable grounding in many of the core coaching areas but also focussed on the ability to question and discover.

Coaching elite athletes, of course you have to question. Following the narrative cannot take you further, only to follow the known. To become amongst the best in the world, more often than not, requires a journey into the unknown. This led us to start our own ski course company, Snoworks, embracing the move from pistes into all-mountain skiing.

In the early 90’s all-mountain skiing was really only the realm of those who lived in the mountains. With the onset of radical changes in ski design, more and more skiers felt the urge to venture further afield. The mountains were calling to all. Traditional ski coaching having its roots in what we have come to term ‘closed skill methodology’ having previously being mostly piste based coaching at the time did not fully cater for this massive growth in skiers needs. We began the journey with Snoworks into the world of all-mountain skiing and with it helped radically develop an open approach to coaching all-mountain skiing. Since, we have helped 10,000’s of skiers ski places they would previously have believed to be completely beyond their ability. We have skied all over the world travelling to amazing destinations. We’ve skied some of the deepest powder on the planet, descended amazing couloirs and helped skiers cope with bumps, ice, slush and bad visibility with ease. We’ve helped skiers move through the ‘Intermediate Plateau’ almost effortlessly. We’ve helped skiers realise their potential and enjoy the infinitely varied mountain environment, skiing with smiles on our faces every day.

I firmly believe that 99% of skiers are failing to tap into their full potential, often held back by simple misunderstandings that can so easily be cleared up.

In this series of webinars I will help skiers free their minds of ‘closed skill methodology’ if necessary and move into the mindset of all-mountain skiers that can cope with everything the mountain throws at us with ease, excitement and with a smile on our faces. Whatever your level.

The Ski Webinars will be every Wednesday and Sunday evenings at 1830 UK time.
12 webinars in total over a 6 week period.
Starts October 20th.
Finishes November 28th.

All on Zoom, recorded if anyone cannot make the advertised live event or would like to revisit the webinar at a later date.

We are moving towards another season and undoubtedly many skiers will be taking lessons. Imagine being able to absorb and make use of everything taught to its full advantage. Imagine having the freedom in body and mind to learn and develop every run, every day, every change of direction with every instructor.
Join Phil on these exciting Ski Webinars and make the most of your skiing this coming winter.
Click this link to reserve a place.
Hide x