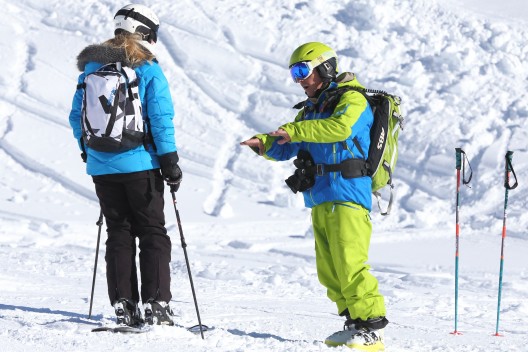 Feedback – Are You Making The Most Of It?

Phil Smith, Director of Snoworks talks about feedback and how to maximise your development.

ME AND THEY FEEDBACK
You can get feedback from different people including yourself and others. We call it ME and THEY feedback again for obvious reasons. ME feedback is great, you can control it and it can be used right away when you are performing along with NOW so you can get the benefits immediately. Think about that! No waiting around to get feedback and you don’t have to pay for it, it’s free and it’s there all the time. But you need to be a pretty experienced learner. With practice everyone can do it. Can you imaging that? Getting feedback all the time and free. That’s why ME feedback is so powerful. ME feedback can cause immense improvements in your learning but it can also cause implosions if you’re not careful depending on your mind set. ME feedback can be positive, negative or just ‘what is’. Many learners can be very negative about their performance. How good do you think you’ll get if you don’t think you’re very good? Answer- not very good. You need to be positive and develop a really strong self image. We are all pretty amazing, so don’t be tough on yourself. Best to try to use ME feedback as just ‘what is’ and don’t add a value to it. THEY feedback is related to feedback from others and yes there are loads of others. It’s normally the instructor but it can also be friends, family, partners and even other onlookers like people on chairlifts. THEY feedback can be pretty varied as onlookers or judges as we call them can vary in their opinions immensely and often THEY feedback varies greatly but it can still be useful. Be careful with THEY feedback as it can vary a lot. It can also be completely contradictory as THEY feedback is often an opinion. You need to take charge of THEY feedback and whether to buy into or not. It can be pretty useful even if it’s someone else’s opinion. Best for you to take charge of what to use and what not to use. You’re the learner and you need to be in charge.

MEASURED AND JUDGED FEEDBACK
Feedback can be MEASURED: 10.9 seconds, too fast. Or JUDGED: “Didn’t like that”. “liked that”. MEASURED performance doesn’t lie, it’s just ‘what is’. ‘In control’ or ‘out of control’, ‘fast’ or ‘slow’.  JUDGED feedback can vary immensely so you need to get to know your judge. Judges can vary all the time from your partner to your friends to your instructor. Judges can also vary depending on country, training, preferences and experience. Judges can be pretty useful but bare in mind judges are often biased so get to know their biases and buy into them if you want their feedback to work. Of course when using MEASURED feedback it doesn’t matter who the judges are as it’s measured. MEASURED feedback can be things like; too fast, out of control, in control, over there, down there, faster, slower, tighter changes of direction, longer arcs, round arcs, more direct. MEASURED feedback in ski racing is a time but in free skiing it can be many things. It’s incredibly powerful and there is no judge so it’s accurate and non biased. If you can get in to MEASURED feedback you’re on to a winner as you can get better and better whilst developing your own individual style. That’s why all ski racers ski so differently but are also so good. Bear in mind JUDGED feedback can also be really useful but it is judged so like THEIR feedback it’s up to you if you wish to use it or not.

MEASURED feedback allows for the emergence of extraordinary performances and we see this all the time in high level sport. Dick Fosbury who went over the high jump bar backwards defying all logic and changed high jump forever. Alberto Tomba who started using the inside ski as well as the outside. Ted Ligety with the use of extraordinary edge angles smashing records when the sidecut radius went to 35m. Bode Miller who skied like nobody has ever skied before and is the only Male World Cup ski racer to have more than 5 World Cup victories in each discipline. Michael Johnson the runner who was told as a child that he ran like a duck and went on to become one of the greatest runners of all time smashing world records. MEASURED feedback allows for the development of new ways of doing things. It allows sports to develop and move on. It allows performers to search and discover ways of doing things that may have never been done before. It allows learners to develop their own ways of achieving a goal.

POSITIVE, NEGATIVE OR ‘JUST IS’ FEEDBACK
Great, bad, loved it, hated it, brilliant, awful. So this one is down to the individual receiving it. Most people like positive feedback as it makes them feel good but there are some out there that get motivated by negative feedback, “right I’ll show them” sort of attitude. It seems it’s in our culture and upbringing and if an instructor says something like “That’s really good, you did that so well” it makes the learner feel good but they often believe they’ve been short changed. To get real value for money learners often want to be told what they’re doing ‘wrong’. But did you know most benefits in learning come from developing strengths, focusing on strengths not weaknesses. It’s been proved time and time again. Most great performances happen when you’re enjoying yourself and feeling confident but of course there are always exceptions. ‘Just is’ feedback or non value feedback is great. It’s just saying it how it is. Stretch more, slow down, twist faster, jump more. It’s not saying it’s good or bad it’s ‘just is’. If you can get into non value feedback you’re onto a winner otherwise it’s a lottery. The instructor gives positive, the learner wants negative. The instructor gives negative, the learner wants positive. Many instructors try to use the ‘sandwich model’ of feedback. Pointing out strengths with some weaknesses in between the layers. With non value feedback the learner can just get on with the job of developing. But positive or negative can also motivate and so has it’s place so bear that in mind. If you need or want ‘value’ feedback then you could end up being a prisoner to the person giving the feedback. Always waiting for a ‘that’s great’ comment or ‘well done’. If you can learn to control how you take feedback you will not be a prisoner to the one giving it and have the freedom to develop freely without emotions holding you back. Developing the confidence to ignore, take on board, accept without putting a value on feedback is priceless. Unless of course you’re a learner that relishes being told you’re doing it ‘wrong’ or feel you need to have a ‘well done’. If the feedback is working, great, but if it isn’t then you need to do something about it. Take charge of the feedback yourself.

FEEDBACK IN THE OPEN ENVIRONMENT
If you are skiing with Snoworks then it’s likely that you’ll be skiing in a pretty ‘open’ environment. That is an environment that is constantly changing – all-mountain.

The OPEN (varied) environment is our speciality and what most of our courses are based around so feedback is immensely important. In an environment that is constantly changing you have to learn to use particular types of feedback. You can’t wait until after the run or in the evening as it’s NOW you need to make the changes whilst you are skiing so developing NOW feedback is critical. Of course there’s only one person that can give NOW feedback and that’s YOU or what we have described earlier as ME feedback. So it’s ME and NOW. That doesn’t mean to say coaches and instructors are redundant, far from it. When teaching learners how to develop ME and NOW feedback the instructors role is critical, invaluable. So don’t think the instructor is redundant when developing ME and NOW feedback, far from it. Which brings us onto the third type of feedback we described, JUDGED or MEASURED. MEASURED has no emotions, no hidden agenda, no attachment to a previous bias, just tells you as it is – ‘in control’ – ‘out of control’ and it also allows you to improve whilst developing your own style. So in all-mountain skiing where conditions are varying all the time it has to be – ME, NOW, MEASURED or as we say MNM.

Of course we can and do use all the other types of feedback as all types are useful at the right time and in the right place if used appropriately. For example; if conditions on the mountain are constant then AFTER feedback can be invaluable as conditions remain the same for the next performance. AFTER feedback can also be used to develop NOW feedback so you can benefit the next day whilst performing. THEY and JUDGED performance is also invaluable when the time is right and if you’ve bought into the judges views and opinions. Many judges are exceptional and have a great eye, so use them.

Check to see if you are making the most of the feedback available? Many learners believe that feedback only comes from the instructor, after the performance and often judged. If this is the case you are missing out on so much more. We often here the comment. “I didn’t get enough feedback”. That should be impossible as feedback is present all the time. Don’t forget the instructor is invaluable at helping you with feedback. Helping you learn to use your own sources of feedback and giving you feedback. If you feel your instructor is not helping you enough with feedback or helping developing your own let them have some feedback from you straight away. Instructors need feedback to develop as well. ME and THEY. In this case the THEY is YOU and we as instructors need your feedback.