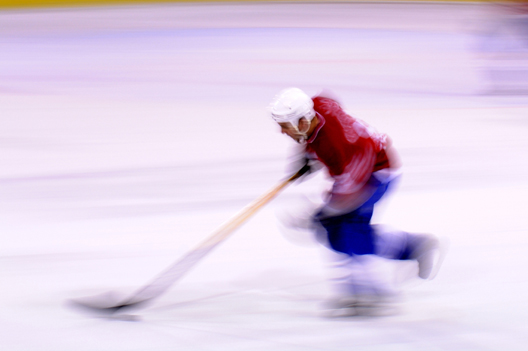 It’s All In The Goal

Phil Smith. Director of Snoworks Ski Courses reports on the many conflicts that seem to appear in ski teaching and the reasons why.

After years of frustration in watching and listening to the many conflicts that appear in how skiing is taught I’ve finally been able to put my concerns at rest. I’ve now accepted that there are two sports of skiing. ‘Demonstration Skiing’ and ‘All-Mountain Skiing’. You may ask is there a difference? Yes!

I first realized the difference about 20 or so years ago. I had been trained as a ski instructor through our governing body. Coming from a racing background I was pretty lucky. I sailed through all the various levels without any difficulty. But in all the training I took and all the assessments I went through, the feedback was always similar, my posture. Either my arms were too high or I was moving them too much. As a young ski instructor I took this feedback pretty seriously but even though I tried to conform I was never really able to lower my arms or keep them still. Every time I tried my free skiing got worse. I became less fluid, less able to move freely and less able to adjust to the changing conditions. This feedback continued through to the time I was a Trainer with our governing body. Finally I remember saying. “Can someone actually tell me how to ski better rather then telling me to just stop moving my arms?”

At the time I did not recognise the difference between ‘demonstration skiing’ and ‘all-mountain skiing’. To me they were one and the same. I would watch ‘how our clients skied’ and give feedback accordingly. Feet too close together, arms moving to much, legs not bending enough, leaning back, too much ankle flex, not enough ankle flex, body rotating, pelvis rotating, standing too tall, crouching too low, not enough lateral movement, crossover too high, crossover too low, stemming ski, tails not following tips etc. I thought I was good. I learnt everything there was to know about ‘skiing’ but had not yet made the distinction between demonstration skiing and all-mountain skiing.

There are events that happen in your life that although they may be small and insignificant at the time they are responsible for shaping the way you think. Looking back I remember a few such events that occurred that helped shape the way I think about the way I teach skiing now.

The first was in La Clusaz. We were running a bumps clinic. It was pretty popular and we had 4 groups running of varying levels from basic bumps training to instructors going for their highest ski teaching assessment, BASI Level 1 (now ISTD level 4). We did what all ski schools did in those days a ‘ski off’. A ‘ski off’ is where each person takes it in turn to ski down a piste and the instructors watching judge their performance and put them into the appropriate group they believe is right for their level. The ski off is normally done on a relatively easy slope that everyone can ski down. The test, for all-mountain skiing, is pretty useless. But could be good if you’re involved in demonstration skiing. Anyway I remember two young brothers skiing down. I can still remember their names, Philip and Simon.  They skied down and did everything ‘wrong’. The stood completely upright, their legs were too close together, they leant back, they pushed the tails of their skis from side to side, their arms were too low and after they planted a pole their hand went behind their body and they swung their shoulders. They even skied with the coats undone, sacrilege! All in all their skiing was a mess. They went straight into the lowest group with no hesitation. After the first bumps session their ski instructor came to me and said Philip and Simon would need to move up a group. “You’re joking” was my response. We moved them up a group. At the end of the second day’s bumps skiing their new instructor came to me with exactly the same feedback that they needed to move up another group. “You have got to be joking”. “No.” We moved them up again. At the end of their third day’s bumps skiing their new instructor came to me with exactly the same feedback that they needed to move up another group. “You cannot be serious”. I had the group of instructors that all skied to the ‘textbook” and were training for their final exams. We moved them into my group. Low and behold they were the most competent bump skiers in my group as well. They still leant back, their feet were still too close together, they still pushed their tails from side to side, swung their arms and stood completely upright and they still skied with their coats undone! But boy were they good.

The second event that helped shape the way I think about ski teaching now was feedback from some of our guests a long time ago when we still used to do the so called ’ski off’ at the start of the week. We would watch and in those days we had the perfect ‘image’ of what a skier should ski like. These two guests just did not fit into this at all and were slotted into the appropriate group to be shaped and moulded into our perception of the ‘perfect skier’. They never came back. Then about five years later they turned up for another course. By this time we had moved away from ‘ski offs’. Instead we would chat to the guests. Find out from them how they coped with different terrain, what sort of speed they like to ski at, what terrain or snow conditions they struggle in and most importantly of all – what are their goals. We then would place them into the appropriate group without having seen them ski. Skiers that wished to ski Reds and learn to tackle Blacks would be in the same group. Those that liked to ski Blacks and wanted to be introduced to off-piste would go in another. Those that felt they were competent at most off-piste and bumps and wanted to cope with conditions when they got more demanding would go into another and those that could ski more or less everywhere on and off piste and wanted to explore the mountains would go into another. We didn’t need to see them ski just listen to them and their goals.

At the end of the week the same two clients came to me with some feedback. “Fantastic course. You probably don’t remember us from the last time we came with you. You watched us ski and those that crouched, skied with their feet apart and made beautiful curved turns went into the higher groups and those that stood upright skied with their feet together and pushed their tails from side to side went into the lower groups.” They were exactly right and this was their perception not ours. We had placed them into the lower groups because of our perception of their technique. They were actually very good all-mountain skiers. No wonder they did not come back. “What a difference this course was. It was about free skiing, not some form of demonstrating.” This time they came back. In fact they just kept coming back. Every time they came back there was more terrain to learn to cope with, more types of snow conditions and more of the mountain to explore.

The final event that confirmed to me the difference between the two sports of ‘demonstration skiing’ and ‘all-mountain skiing’ was when I happened to jump into a lift with someone that was training a group of ski instructors. “How’s the group progressing?” I said. “Terrible” came the reply. “They can’t ski for a toffee and there is no useful terrain anywhere to train them”. At the time we were going up a lift in one of Europe’s premier ski resorts that is renowned for it’s vast off-piste skiing area. “What, they can’t ski?” I said. “Oh they can certainly ski, they can ski everywhere fast and cope with the whatever terrain or snow I take them into. They’re just terrible skiers.”

Through my entire ski teaching years these apparent contradictions between the ‘way’ people ski and how ‘well’ people ski just keep on happening.

In Figure skating the performance is refined, movements become automatic, manoeuvres are rehearsed and performed with pinpoint accuracy. Movements are repeated thousands of times. There’s a start and finish to each movement pattern. Movement patterns can be named. Axel, choctaw, layback spin, loop, mohawk, salchow, sit spin, spiral etc. The performer knows what they are going to do before they do it. Performance is pre-planned and carried out. The performance is then judged against well-documented criteria. The winner is the skater with the highest marks.

In Ice Hockey the performance is constantly changing, movements are infinitely varied, skills are learnt in practice and varied in relation to the immediate task at any one time in open play. Play is instantaneous, decisions are made and altered whilst in play, skills are modified, adjusted, varied constantly in relation to the state of play at any one time. The team with the most goals wins. There are referees to make sure play is within the rules.

So where does that leave us with skiing? A conflict in whether skiing is more akin to figure skating or ice hockey,

This is something for each skier to decide. Many skiers like the idea of so-called ‘technical perfection’. Rehearsed movement patterns. Planned and well executed. Others skiers like the spontaneity of constantly varying how they ski and adjusting their movements instantaneously to the changing environment. A sense of freedom and individuality.

Your goals therefore play an important role in deciding which route to take.

If your goal is to ski an ever-changing mountain environment then you need to adopt the ice hockey approach. Spontaneous, varied, adjusted and output measured.

If your goal is for well-rehearsed technical performance, pre planned, executed and judged then your route is the figure skating route.

Don’t forget both routes are skilful just different. Understand the two routes and you will understand why there appears to be conflicts in the way skiing is taught. It will make sense of the many variations and seemingly contradictory advice you may receive.

So where does this leave you and what advice should you take on board. It’s pretty simple really and you must first begin with a ‘GOAL’. What is your goal?

This in itself may be pretty difficult to define. In many sports the goal is pretty straight forwards.

In skiing when I ask the same question I get many different responses some tangible and others not. Some measurable and others judged.

With so many different ‘goals’ you can see why ski teaching has so many conflicts. Your goals may not align with the ski instructor’s perceptions. The probability is they don’t.

So decide on your goal, then source the appropriate instructor, ski school, ski course to help develop that goal. Their perceptions of skiing need to match your goal.

At Snoworks our goal is pretty obvious. It’s in the title on our website home page. All-Mountain Ski Courses. If your goal is aligned with this then all I can say is book on a Snoworks Ski Course ASAP you wont be dissapointed.

Note: I am not an expert in figure skating or ice hockey. In fact I am a pretty bad ice skater in general although I would love to be better. Any ice skating experts out there reading this I apologise for any inaccuracies. I love watching all disciplines of ice skating. They are all skilful. For the purposes of showing the difference between judged and measured performance and open and closed sports I have used these examples.
Phil Smith Director of Snoworks Ski Courses