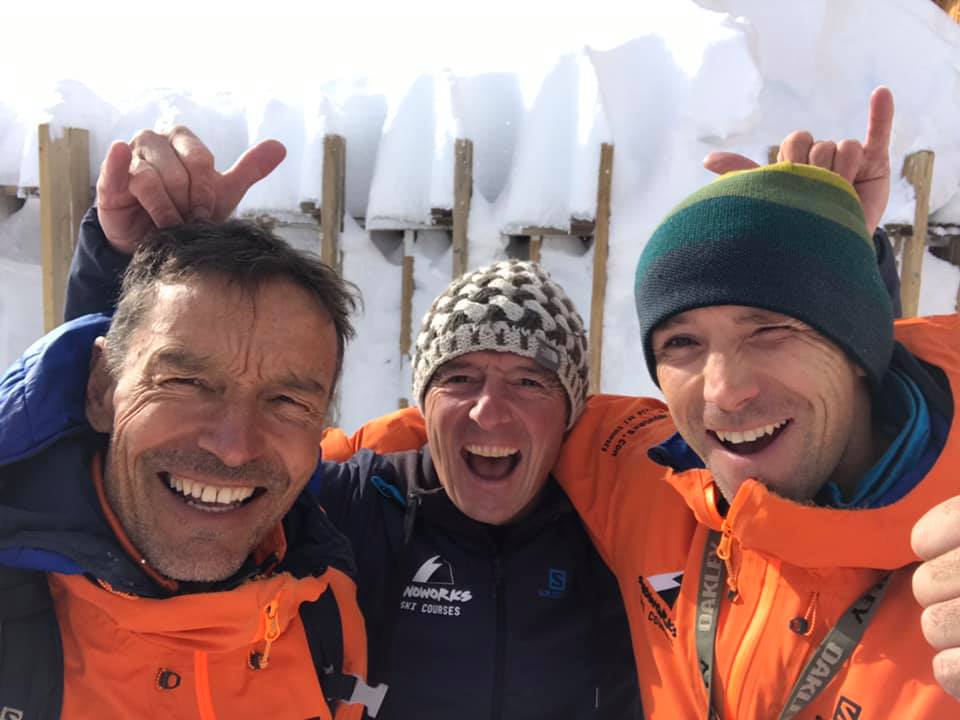 Skiing In The Land Of ‘Ing’

Phil Smith talks about the land of ‘Ing’ where skiing originated from but was lost along the way.
Photo: Phil Smith with other ‘Ing’ inhabitants.

When I rediscovered skiing in the land of ‘Ing’ my skiing changed dramatically. ‘Ing’ is a land of freedom, of individuality, of infinite skiing possibilities. Skiers are all different, following their own passions and developing their own way of skiing. I remember being in this land when I was young like most kids but veered off track along the way in my skiing career as many do, taking a few wrong turns and I was unable to find my way back until a lot later on in my skiing career. I lost my map.

The land of ‘Ing’ was where skiing originally began but along the way it was lost and then recently discovered again by some. Luckily for some skiers they always new ‘Ing’ existed and have benefitted from ‘Ing’s existence all along but keeping its identity fairly quiet.

In the early days skiing was pretty straight forward. It was a means of go’ing’ somewhere, travell’ing’, mov’ing’, slid’ing’ across the vast snowy plains and it took place in the land of ‘Ing’. Then along the way skiing became a pastime, a hobby and ski schools sprouted up. Techniques of turning were developed and given names such as ‘Snowplough Turn’, ‘Parallel Turn’, ‘Stem Christie’, freedom was replaced with technical adherence like ‘face down hill’ and the land of ‘Ing’ disappeared.

Most children ski in the land of ‘Ing’ all the time. They’ve never heard of a Parallel Turn or Stem Christie and they’re not interested in facing their shoulders in a particular direction or skiing with their feet a certain distance apart. They certainly don’t care how they look. They’re doers and they just want to go ski’ing’.

The land of ‘Ing’ is not about skiing a particular way or mimicking a demonstration. It’s not about attempting to replicate a noun, a name of a manoeuvre, a ‘Parallel Turn’. It’s all about being active, doing stuff. Names of manoeuvres (nouns) don’t exist, only activities (verbs), slid’ing’, skidd’ing’, accelerat’ing’, brak’ing’, swerv’ing’, steer’ing’, gripp’ing’, slipp’ing’, balanc’ing’, recover’ing’.

In my early days of ski teaching whilst moving through my instructor exams I lost my way to ‘Ing’ completely. I became very serious, wanting to ski correctly and conform. My skiing took a downturn. But luckily after a few years I was redirected a colleague recognised I was lost and redirected me and I managed to find my way back to ‘Ing’ and when I did my enjoyment improved massively along with my skiing. I rediscovered my passion.

Living in the land of ‘Ing’ opens up a whole new world of skiing, a world where kids ski all the time. A world where how you look doesn’t matter because in the world of ‘Ing’ everyone is different and everyone is hav’ing’ fun, do’ing’, try’ing, experiment’ing’, creat’ing’.