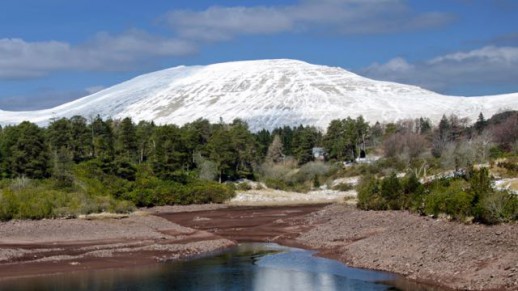 Could Wales Soon Be Host To the Biggest Indoor Snow Centre in Europe?

The image of the Brecon Beacons in the winter may soon be changing with a lot more snow forecasted to arrive. Plans are afoot to build Europe’s biggest indoor snow centre in Wales. Good news for snowsport enthusiasts.

Rumours have been circulating in the ski industry for some time but now those rumours are beginning to gain in strength. A recent press statement appeared in the Telegraph and other news outlets confirming that plans are speeding ahead to build a 500metre indoor snow slope in the Welsh countryside near Merthyr Tydfil. It will be the longest in Europe.

With top sports figures making public statements, what was only a short time ago considered to be just an idea and rumour, is now beginning to turn into reality.

Dan Hunt, performance director of British Ski and Snowboard, recently said: “I am very excited by the prospect of having a national training centre of excellence for snowsports in Wales.”

Robin Kellen, chief executive of Snowsport Wales, also added “We have a great opportunity to use our natural resources in Wales to develop an indoor ski and snowboard facility that would provide year-round training facilities for Olympic athletes as well as local enthusiasts.”

Indoor snow centres and artificial ski slopes are vital for the future of the UK snowsports industry. Most of our Olympic athletes have their roots either from an artificial slope or an indoor snow centre and with those participating in snowsports from the UK around a million or more, there’s no reason why this figure should not increase in the coming years. Snow centres like this one planned in Merthyr Tydfil can only fuel the passion for skiing and snowboarding in the UK.

Dave Ryding, Britain’s top alpine ski racer, begun his journey on an artificial ski slope and by the end of last season was ranked 8th in the world at Slalom. Dave led the Kitzbuel World Cup Slalom after the first run last season, the first ever UK skier to lead a Slalom event. He ended the second run in second place overall, pipped to first place by the great Marcel Hirscher himself. In doing so Dave became only the second ever British male skier with a podium result in alpine skiing at World Cup level. The other British skier to achieve such a result was Konrad Bartelski with his memorable World Cup Downhill result at Val Gardena 35 years ago. Dave is a real medal contender at this seasons Winter Olympics.

Phil Smith, Director of Snoworks begun on an artificial slope at Harlow and like many youngsters in the UK what begun as a passion turned into a career.

There is something really exhilarating about sliding on snow. Whether it be skis, snowboards, sledge or other means of sliding around. Snowsports is big and the more people in the UK that have access to it the better.

The proposed site for the Merthyr Tydfil snow centre looks perfect. Within 90 minutes from the major cities of Bristol, Cardiff, Swansea, Newport and Gloucester. Along with the snow centre, plans also include hotels, a water park, surf simulator, bike and skate park and other sporting facilities.

Project such as this can only create more excitement in the UK snowsports industry, provide more jobs and opportunities and create more world class skiers for the UK. Something we all look forward to. The prospect of British Olympic medals in alpine skiing and snowboarding and competing on a much more even keel has a very nice ring to it.

But it’s not only skiers from the UK that will be using such a facility. Currently Europe’s largest snow centre is situated at Landgraaf in the Netherlands. Teams from all over Europe travel to Langraaf to ski and train including many national squads. With such an amazing facility being built at Merthyr Tydfil it won’t be just filled with local skiers, we’ll see an influx of visitors from all over europe which can only help the local community. The slope will also be able to host international competitions. There may even be the possibility of hosting FIS races or even a World Cup Slalom. The prospect of Marcel Hirscher arriving at Merthyr Tydfil to compete alongside Dave Ryding and other British ski racers is something I definitely want to be around to see.

Snoworks will certainly be looking forward to using the facility to host All-Terrain and Race Camps so keep your eyes and ears open for developments.